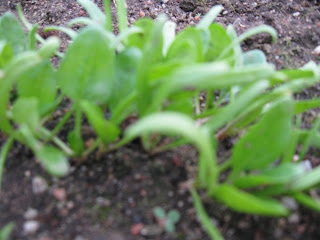 On Sunday the United States declared a public health emergency to deal with the new swine flu. The flu originated in Mexico and has since been spread to other countries. According to Mexico’s health minister, this disease has killed 86 people and likely sickened around 1,400 people since April 13, 2009. Here in the US, officials say the virus has been located in New York, California, Kansas, Texas and Ohio. So far no fatalities have been reported.

The World Health Organization (WHO) decided on Saturday to declare the outbreaks in Mexico and the US a “public health emergency of international concern.” Kenji Fukuda, a WHO assistant director-general in charge of health security, said that the same strain of the A/H1N1 swine flu virus appears to be spreading directly from human to human. While, WHO Director-General Margaret Chan called the outbreak a public health emergency of “pandemic potential” because the virus can pass from human to human.

The swine flu, for those that don’t know, is a respiratory disease found in pigs that can be transferred to humans. From Wikipedia:

“The origins of the new swine influenza virus SIV-H1N1 strain remain unknown. One theory is that Asian and European strains traveled to Mexico in migratory birds or in people, then combined with North American strains in Mexican pig factory farms before jumping over to farm workers. The Mexican health agency acknowledged that the original disease vector of the virus may have been flies multiplying in manure lagoons of pig farms near Perote, Veracruz, owned by Granjas Carroll, a subsidiary of Smithfield Foods.”

Did ya’ll catch that “maure lagoons” reference? Yup, just another by-product of factory farming. Of course everyone is going to be rushing to the pharmacy to stockpile an antibiotic or what have you to fight this disease. I’ve got a better cure. How about we stop factory farming? We could not only save animals lives but we could stop creating breeding grounds for diseases. I know, I know - novel idea.

Oh, and President Obama? According to the AP:

“President Barack Obama says the spread of swine flu is a cause for concern but “not a cause of alarm” and he’s staying on top of the problem.
Obama told a gathering of scientists Monday that the administration is “closely monitoring” cases of swine flu, how many people have it and what the threat is. Obama also said the American people can expect to get regular and frequent updates about what Washington is doing.
He said the swine flu threat dramatizes how the United States cannot allow itself to fall behind in scientific and medical research.”

Allow me to save the US millions of dollars in scientific and medical research - STOP EATING ANIMALS.

CDC suggestions for avoiding the spread of swine flu

Individuals are encouraged to take the following steps to stop the spread of influenza and other respiratory illnesses:

Europe is now telling travelers to avoid the USA and Mexico, and America has declared a public health emergency. Some thoughts on the swine flu outbreak, which now has sickened forty people in the US, and killed more than 100 in Mexico:

• I’m pessimistic about reform. There are a lot of things regarding the meat industry that I’m optimistic about. For instance, I really think that factory farming can be largely wiped out over the next few decades. But I’m deeply pessimistic that anything meaningful will be done regarding swine flu. It’s not like the meat industry’s suddenly going to have an attack of conscience. And we, as a society, aren’t ready to ban cheap meat, even if the stuff is likely to one day produce a pandemic.

• The reporting sucks. Every article should point out that factory farming is solely to blame for this current mess. Instead, as always, animal agriculture gets a free pass.

• If the shoe was on the other foot…if there was some vegan tofu delicacy that was at the root of this outbreak, society would justifiably rise up and ban that food overnight. They’d probably put a few vegan heads on a pike for good measure.

• Who’s the real terrorist? Why is this guy on the FBI’s most wanted terrorist list when he hasn’t spilled a drop of blood? How about adding a few pig and chicken farmers to the list, seeing how this industry could potentially snuff millions of people this year? If Bin Laden was really serious about mass killing, he’d go into the chicken business.

• We’re powerless. There’s not a damned thing the vegan community can do about this. Over the next few weeks, the shit will either hit the fan or it won’t. I don’t see the payback for vegans raising the alarm, even if we turn out to be right. And if we sound the alarm and are wrong, we lose credibility.

• If I had to bet…my money would be on this particular outbreak fizzling out like SARS. But one of these years we won’t be so lucky, and millions of people will likely die.

Assuming we dodge the bullet this time around, there’s one short-term policy change that the animal rights community ought to help ram through. We need to make it illegal to raise pigs and chickens on the same property. This is an enormously reckless practice when it comes to giving the flu virus a chance to mutate. And, on this one front, the factory farming community will have to cave in under public pressure.

Some Thoughts on Swine Flu: A Vegan Perspective

In the midst of a potential swine flu pandemic, we are being reassured that it’s okay to eat pork. News releases from the government and industry declare that swine flu is not transmitted by eating pork, and my fellow dietitians are busy advising consumers about safe pork cooking practices.

Pork is safe? Doesn’t this miss the point completely?

We have factory farms because there is no other way to satisfy appetites of Americans and other westerners for meat. Among their other horrors—which include environmental destruction and horrendous animal cruelty—factory farms are breeding grounds for disease. So now we have swine flu. And the response from the farm industry and even from health experts is to encourage people to engage in the very habits that caused it in the first place.

It may be true that you can’t get swine flu directly by eating a piece of bacon. But the only real protection from swine flu and other viruses poised to make the leap from animals to humans, is to do away with factory farms.
Upplagd av Ulla och Hanna kl. 13:11 Inga kommentarer: 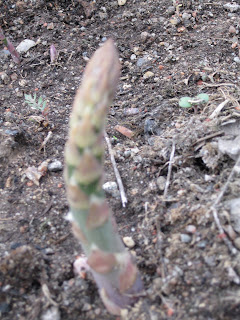 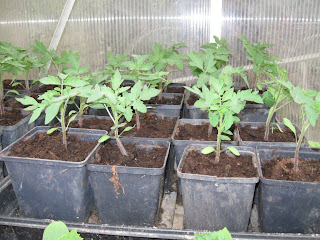